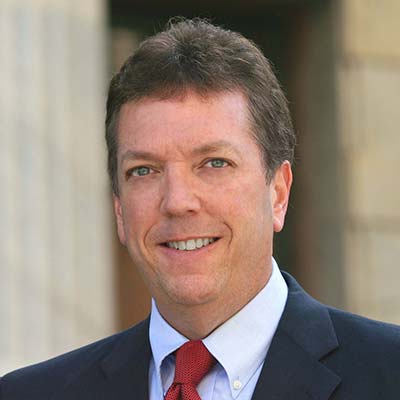 Kendall Almerico is an attorney with 30+ years experience who is considered one of the top crowdfunding and JOBS Act experts in the United States. Kendall was called “one of the top Regulation A+ attorneys in the country” by Forbes and was named the 17th most influential thought leader in the crowdfunding industry by VentureBeat, and was the top ranked practicing attorney on the prestigious list. Inc. magazine named Kendall to its list of “Top 19 Crowdfunding Experts Startups Need to Know.” Onalytica ranked Kendall #1 on its 2016 list of the Top 100 crowdfunding influencers in the world. Kendall and his crowdfunding websites have appeared in the New York Times, USA Today, Washington Post, Washington Times, Huffington Post, Forbes, Bloomberg, Reuters, the New York Daily News, Business Insider, Christian Science Monitor, Fox Business Network and Yahoo News and hundreds of newspaper, blog, radio and television interviews including CNN, CNBC, CBS, ABC, NBC, FOX, CCTV and Bloomberg TV.

Kendall is also CEO of BankRoll Ventures, which owns and operates BankRoll, an equity crowdfunding web site focused on Regulation A+ offerings and 506(c) and 506(b) private placements. Kendall was formerly a regular crowdfunding columnist for Entrepreneur.com and is a highly sought after keynote speaker on both a national and international level.

Before entering law school, Mr. Almerico graduated with honors from the University of Florida with a bachelors’ degree in Broadcasting from the College of Journalism and Mass Communications. Kendall practices law through his law firm, Almerico Law with offices in the Washington DC area and in Tampa, Florida. Kendall has put his media training to use for years through numerous television, radio and other media appearances. Kendall created Legally Speaking, a public affairs television program that aired for 12 years and provided legal help and education to those who could not otherwise afford to speak to an attorney. Kendall is also a frequent guest and host on radio and television shows around the country, and has assisted in the design and creation of several websites and web-based applications.

Kendall was the co-founder of StarTrust Management, an athlete and entertainment agency, where he provided agent services and professional guidance to professional athletes including NFL players, Major League Baseball players, Olympic athletes and a NASCAR driver. Kendall’s guidance as a sports agent assisted his clients in such diverse areas as contract negotiation, endorsement procurement, media training, event planning, foundation creation and development and implementation of business strategies. Kendall’s sports agent work allowed him to represent athletes who participated in the Super Bowl, the World Series, the Major League Baseball All-Star Game, the Winter Olympics and the NASCAR Sprint Cup Series.

As a practicing attorney, Kendall has run his own law practice for more than 30 years and, prior to focusing his practice solely on business funding, and earned the title of Board Certified Civil Trial Lawyer from the Florida Bar, a distinction bestowed upon less than 3% of all attorneys in the state, which he held for many years. Kendall has earned an AV rating from Martindale Hubbell, the highest peer review rating possible and one that also carries the highest ethical rating from this national attorney rating publication. Kendall has represented individuals, businesses, television personalities and professional athletes. He has negotiated multi-million dollar contracts as an attorney and as a sports agent, has assisted companies in raising millions of dollars as counsel and has handled multi-million dollar lawsuits. Kendall earned his law degree from University of Florida College of Law, where he was an Editor of The Journal of Law and Public Policy and the recipient of the William C. Gaither Award as the outstanding member of the University of Florida Moot Court Team.